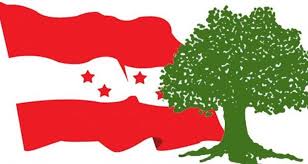 The Nepali Congress has issued whip to its State Assembly members to vote against Deukhuri as the permanent capital of State no 5. The NC Parliamentary Party issued the whip in view of the State no 5, State Assembly meeting scheduled for today taking a decision to determine the state capital through the voting process.

He however said that the NC has no objection regarding the name of State. Although the NC has made this decision, the party leaders from Dang and Banke have prepared to vote in favour of Dang as the permanent capital of State-5. State no 5 government’s Minister for Internal Affairs and Law, Kul Prasad KC had on October 2 presented a proposal in the State Assembly with Deukhuri Valley as the permanent capital and Lumbini as the name of the State, following a decision of the state government.